International plastics industry represented at the opening of the EREMA UpCentre® 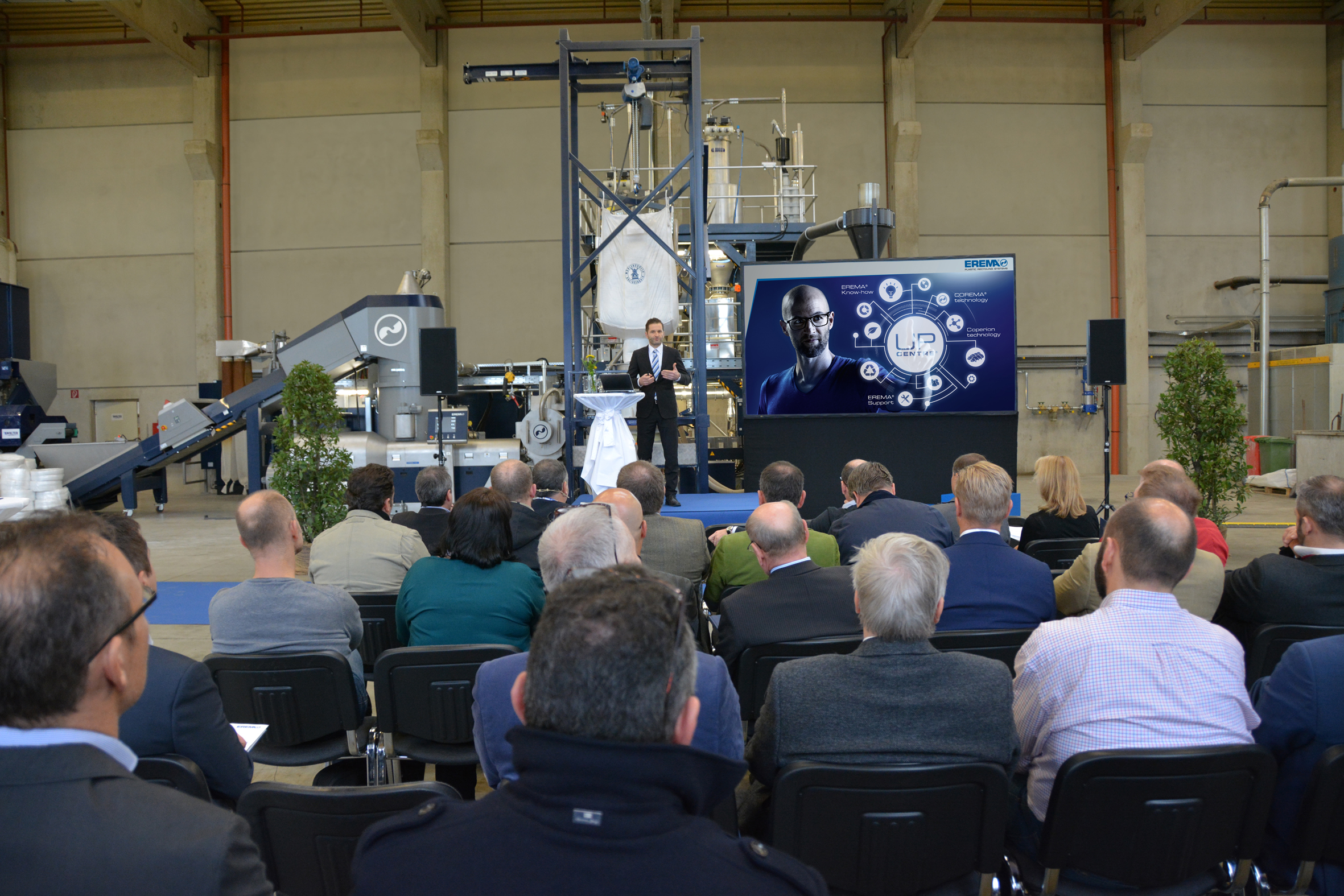 The opening of the new EREMA UpCentre® on Friday 20 November 2015 in Gunskirchen (not far from the comapny's headquarters in Ansfelden, Austria) generated interest throughout the value chain of the entire international plastics industry – from collecting and sorting companies, producers of washing plants, recyclers and plastics processors to polymer producers and research institutes, all of them were represented. With its UpCentre®, EREMA, the global market leader in plastics recycling systems, has opened the doors to a whole new form of upcycling service which means that customers now have COREMA® technology for the sampling of recycling compounds at their disposal.

Robert Obermayr, COREMA® Product Manager, explains: "On the way from recyclates to made-to-measure recycling compounds you need a lot of fine tuning in practice: processors demand varying quantities of samples – as often and as long as necessary until the recycling compound meets the exact requirements of their concrete application, such as film or injection moulding parts." Customers can now take advantage of the UpCentre® to produce sample amounts in tonnes quickly and flexibly. They benefit additionally from the process engineering know-how of EREMA and Coperion – two global market leaders in their fields. The UpCentre® features a COREMA® 1108 T for a maximum monthly production of 500 tonnes.

With this investment of around 2 million euros EREMA once again shows that it is a forerunner and thought leader with regard to more recyclates being used in end products in the future. To enable these recyclates to be used 1:1 as a substitute for virgin material they have to have exactly specified, customised property profiles. Processors are interested above all in the recycled pellets allowing trouble-free further processing and the assurance of the functional characteristics of the end products produced from them. EREMA became aware of this development years ago. With its COREMA® product line EREMA combined all benefits of recycling and compounding in a single processing step for the first time in 2012. The company has now taken the next step forward with its UpCentre®. For exactly specified raw material based on recyclate to feature more and more in the marketplace you need on the one hand the right recycling technologies and, on the other hand, intense communication throughout the entire value added chain. EREMA is investing in this communication and the UpCentre® is a proactive contribution towards precisely this dialogue taking place.