"Any Austrian film manufacturer who wants to be noticed on the international market must be flexible and deliver top quality," says Stefan Chalupnik, Managing Director of the second largest film manufacturer in the Alpine republic. The fulfilment of the highest quality requirements was therefore a decisive criterion for G. Coreth Kunststoffverarbeitungs GmbH in their search for a new in-house recycling machine, which they again found at EREMA.

Founded in 1980, the family-run film manufacturer based in Unterwaltersdorf produces 30,000 tonnes every year. Customers who purchase the high-quality printed and unprinted film products come from all sectors of the economy, from the construction and wood industries to the beverage industry. The product range is correspondingly large, including pallet covers, sacks, stretch film and hoses, packaging accessories and construction films.
This is made possible by a machine park consisting of eleven extrusion lines, five of which are equipped with in-line printers. An eight-colour printing machine is also used for high-quality printing. With an export share of almost 50 percent, Austria and its neighbouring countries, above all Germany, are the main sales markets.

RECYCLING PAYS OFF
In recent years, the company has increased its production capacity many times over and has continuously expanded its product range. "Expansion has been necessary in order to survive in the market and ensure long-term
security for our production location," says Stefan Chalupnik. In 2016 the company premises were expanded by 24,000 m² to a total of 54,000 m². The higher production capacity has also pushed the recycling machine, which has been in operation for 15 years, to its limits. "With an output of 380 kg per hour, the old EREMA machine is now too small to process our production waste and the machine hall was already bursting at the seams," says the managing director, describing one of the challenges that he and his employees faced in the course of expanding the plant. There was no doubt that they would recycle the production waste themselves, however, because, according to Chalupnik: "This is the best solution in terms of quality, cost effectiveness and the environment and we have already had very good experience with this in the past. Recycling also creates a positive image for the film industry." So a new recycling hall was built, which was a huge project due to the completely new infrastructure that was required, as Chalupnik describes impressively during a tour of the company premises: "We had to build our own transformer station for the power supply, lay around 10 km of power cables and construct new access roads." Finally, an INTAREMA 1714 TVEplus with a capacity of 1400 kg per hour was put into operation in the new hall in autumn 2018, producing regranulate in the categories transparent, transparent cloudy and black.

BETTER QUALITY THANKS TO IN-HOUSE RECYCLING
The recycling machine mainly processes production waste from their own plant, including material stored outdoors that is also damp. The remainder is purchased largely from their customers, who deliver used packaging film back to CORETH. The regranulate is used in shrink and construction film production as well as for intermediate layers in multilayer films. Their proportion varies depending on the product. "It is only possible to use a high proportion of recycled material if the quality is right", says Chalupnik from experience. "We achieve significantly better results with our own regranulate than with bought-in regranulate. We know exactly what it contains and that the quality is consistently high. This is a decisive criterion for the manufacture of our products."

EREMA: THE BEST AT STARTING UP MACHINES
Everything considered, it was the combination of these quality factors, the company's own good experience and the excellent reputation of EREMA recycling technologies worldwide that were decisive factors in the managing director's decision to opt for one again. "Their reputation has been reaffirmed in two respects," says Chalupnik in conclusion. "The start-up process with the EREMA employees worked perfectly, plus, we were able to sell our previously used plant immediately without any great effort."

We achieve significantly better results with our own regranulate than with bought-in regranulate. We know exactly what it contains and that the quality is consistently high. This is a decisive criterion for the manufacture of our products.

This could interest you as well: 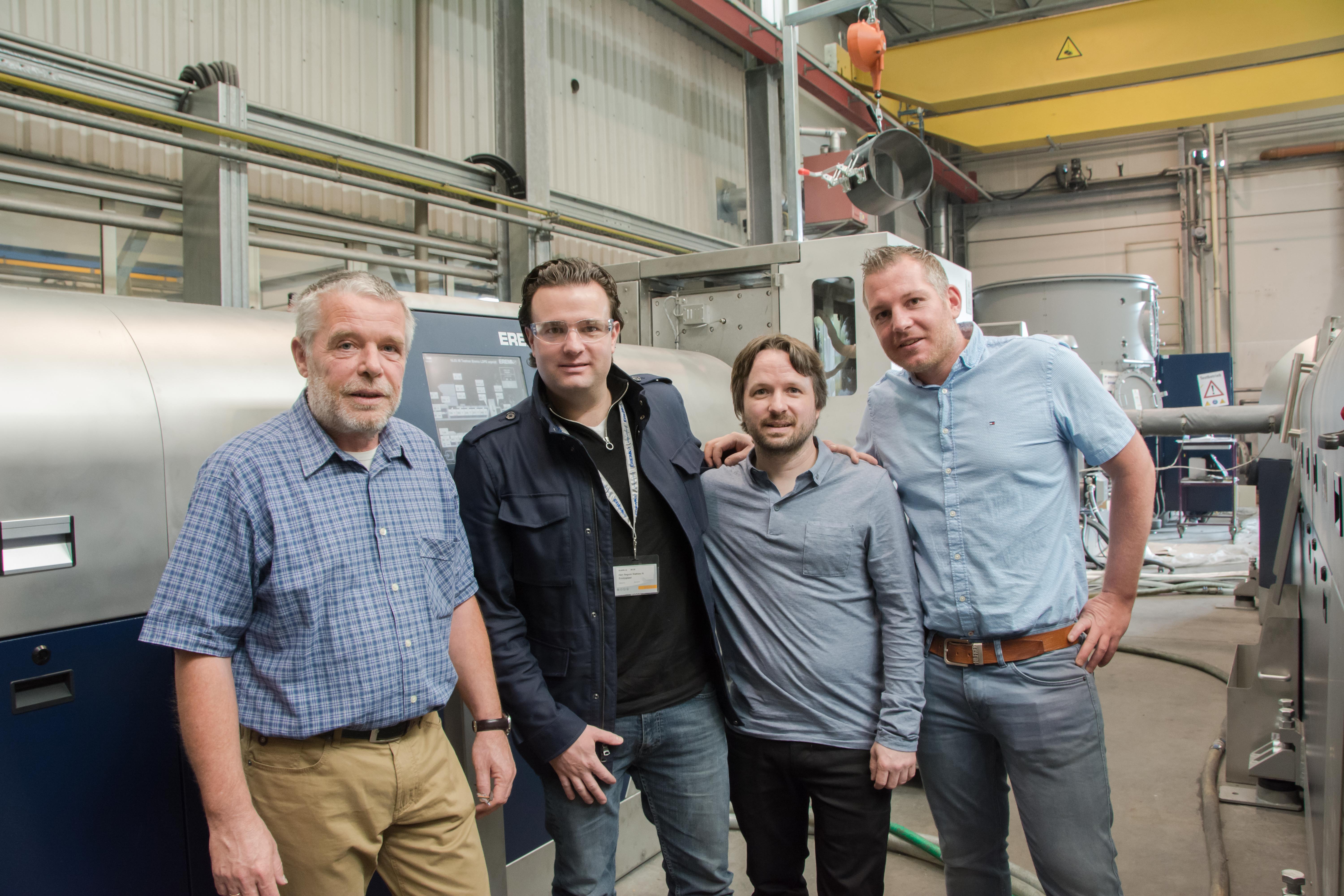 Many requirements, one solution

Many requirements, one solution

The Canadian recycler Enviroplast processes around 2,000 tonnes of LDPE and LLDPE film waste every month to make high-grade recyclates. ... 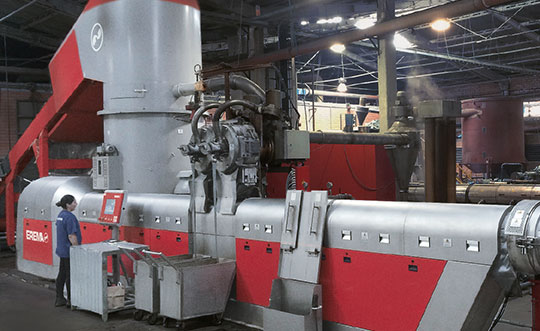 INTAREMA® offers even more productivity than before

As part of the Kapersul Group, which works in the fields of industrial waste management and paper distribution, ...